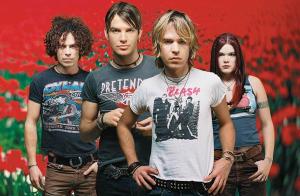 Dublin’s Vicar Street played host to what The Dandy Warhols referred to as the real start of their European tour, in preparation for the release of their new album ‘This Machine’ on April 24th. Ham sandwich were on support duty, a great choice in my opinion. The room was near empty when they took to the stage, a fact even Podge noted. However, by their fourth song the crowd had already begun to swell, as they managed to draw people in with their catchy tunes and on-stage humour. A band truly on the rise, they manage to lighten the atmosphere and pick up new fans wherever they go. There was a healthy mix of songs from both ‘Carry The Meek’ and ‘White Fox’. They closed with Models and Ants and it’s fair to say they could easily have stayed for a few more numbers, the crowd baying for more when they had to make their premature exit due to time constraints.

The Dandy Warhols came on quietly and to little fanfare, they sailed through their first song Be-In and went straight into a great mellowed out version of We Used To Be Friends. They played song after song without much reaction from the crowd, and I couldn’t help but notice that the longer the gig went on the less people were there. Certainly this was not the most enthusiastic crowd I’ve witnessed. The Dandy’s took it all in their stride however and treated to the crowd to a very long set full of gems from their back catalogue as well as some new material.

It was an altogether quiet and mellow affair until the last few songs when things really started to kick off. The biggest reaction of the night was unsurprisingly for Bohemian Like You, the song that helped them rise to prominence. Get Off was another which was a highlight and it seems perhaps the set length might be why the middle of the show felt so lacklustre. The beginning and the end of the gig was great, they were energetic and involved and got a tame crowd moving. Boys Better was one of the last tracks and was stunning live, the energy and light show were pure class.  A band I’ve been dying to see since missing them in 2008 and they did not let me down. A top alt-rock show, despite a lethargic crowd which only dipped marginally in the middle. Even though It’s been almost two decades since they formed, they don’t show any signs of slowing down yet.

Join 1,869 other subscribers
Follow Saranne anything & everything on WordPress.com 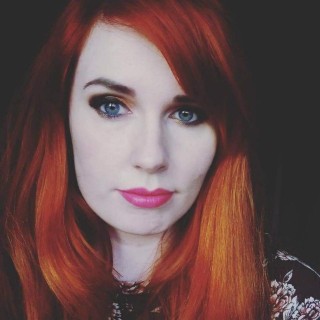 Hello there, I'm Saranne, I review music, events and pretty much everything in between. If you would like to get in touch just email saranne1@gmail.com.